Old Portuguese charm can be found in several towns and cities in Brazil.  Two towns worth including on your itinerary are Paraty and Ouro Preto. Paraty is better known and could be the ideal starting point to recover from the journey from Australia to Brazil (via Santiago with LATAM or Qantas, or via Buenos Aires with Air New Zealand) and Ouro Preto known for its baroque architecture is a great place to unwind after the hustle and bustle some of the bigger cities of Brazil.

Paraty was founded in 1597 and grew in prominence as a port when gold was discovered in 1696, followed by a coffee boom and in the late 19th century. The trade of cachaça (a spirit made from cane sugar) saw another revival.  Since then Rio took over as the key port and Paraty now relies on fishing, agriculture and tourism to sustain the town. 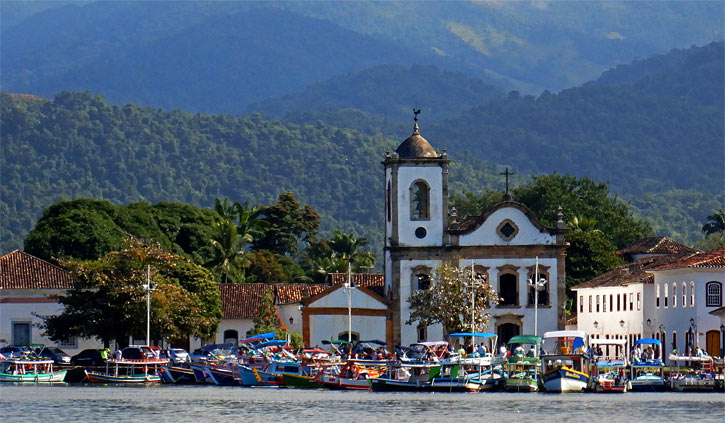 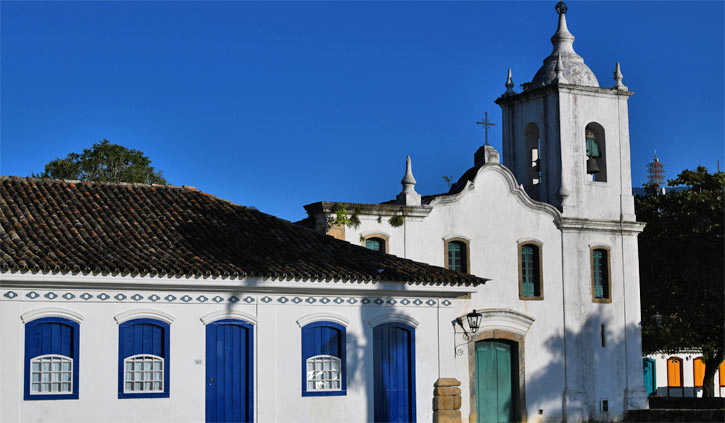 The old part of the town has cobbled streets and is closed to any motorised transport.  There are several beautiful old churches and many galleries, gift shops selling local handicrafts, cafes and restaurants.  Out in the bay there are several pristine beaches and many local boats offer trips of varying durations.  Other activities available include horse riding or discovering the Atlantic Rainforest.

Getting there: A 5 hour drive (approx depending on traffic) from Rio de Janiero will take you to the heart of Paraty. The roads offer spectacular views of the coastline. 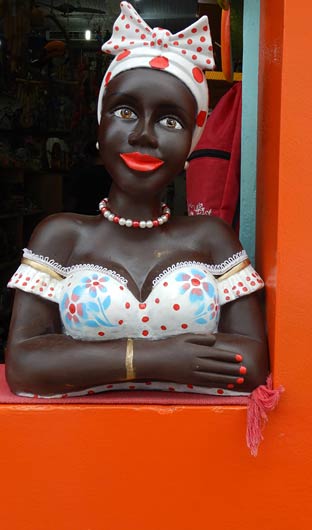 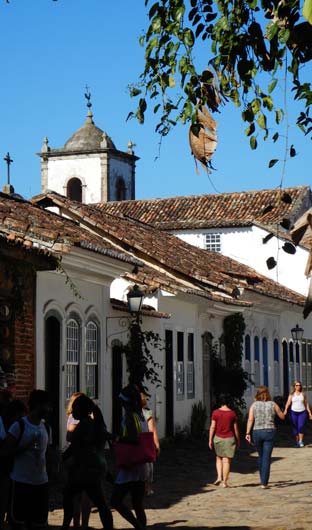 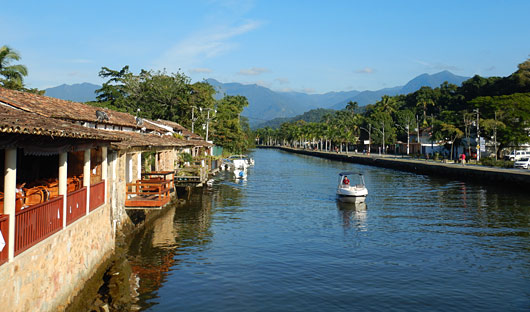 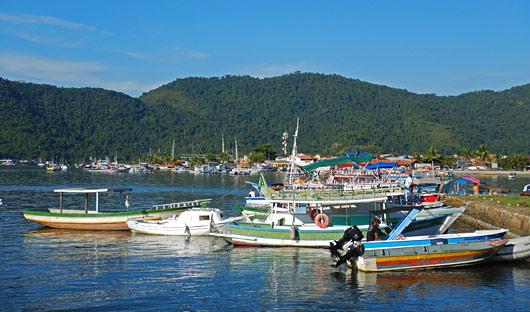 Pousada Literária is perfectly located in the centre of the old town.  It’s easily the best property in Paraty offering a small number of well-appointed air conditioned rooms, a lovely pool (very useful if travelling between November and May as it gets quite warm and humid) with a tranquil setting.  The book store and restaurant Quintal das Letras offering delicious Brazilian cuisine are both owned and operated by the hotel.

Another option is the charming Pousada da Marquesa.  Twenty simple and comfortable air-conditioned rooms and a lovely central courtyard with a small pool and friendly staff make this hotel a more affordable option.  Paraty is enjoyed by international tourists as well as many Brazilian travellers being 4-5 hours from both Sao Paulo and Rio de Jainero.

Ouro Preto (translated Black Gold) is another quaint Brazilian town where you will discover Brazil’s colonial heritage. Formerly known as Vila Rica (Rich Town) it was founded in the late 1600s and for a period was the most populous city in Latin America.  Officially over 800 tons of gold were sent to Portugal from Ouro Preto, unofficially far greater quantities were mined. 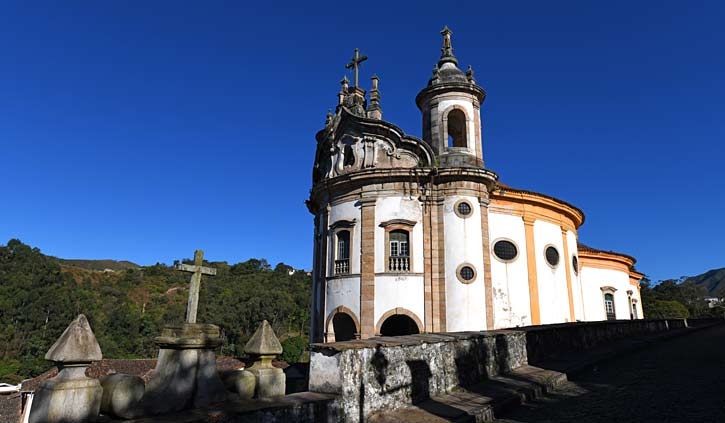 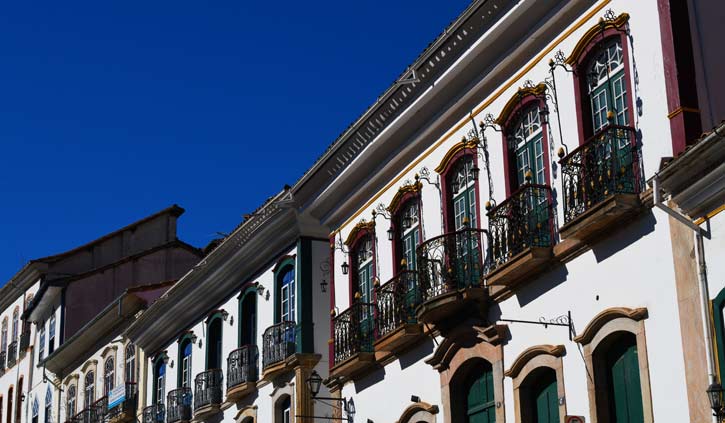 Now tourism is the main source of income for the 70,000 residents.  There are 13 churches scattered around the town as well as a number of museums.  All the streets in the central area of town are cobbled and there are, like in Paraty, many cafes, galleries, jewellery stores and stores selling locally made handicrafts.  The town has a jazz themed Pizzeria O Passo Pizza Jazz, with a lovely terrace and great pizzas and artisan beers.  Ouro Preto also has its own ‘Carnaval’ (Feb or March depending on the timing of Lent). 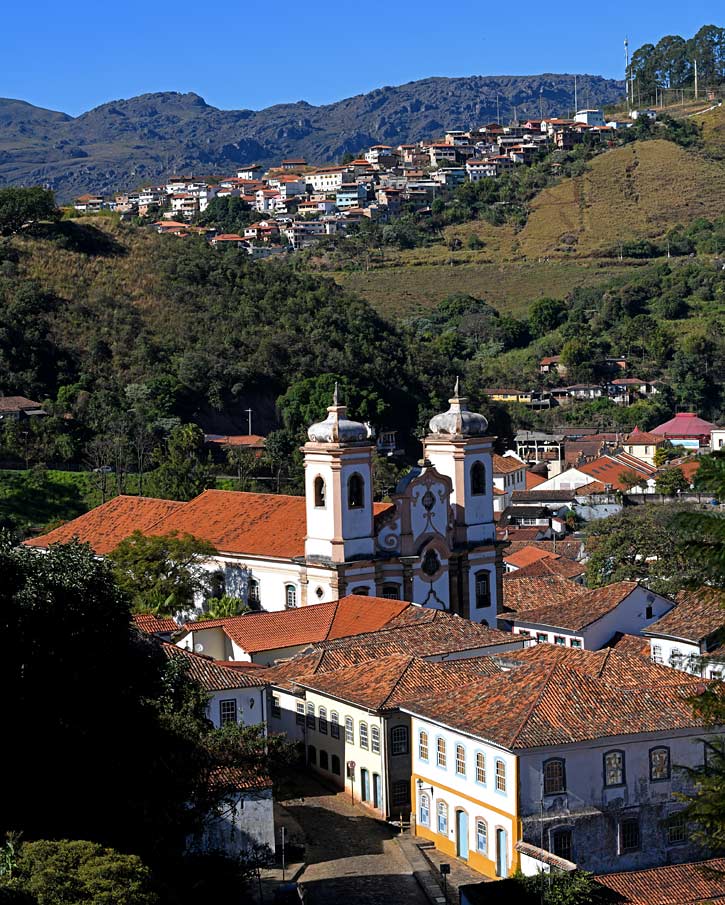 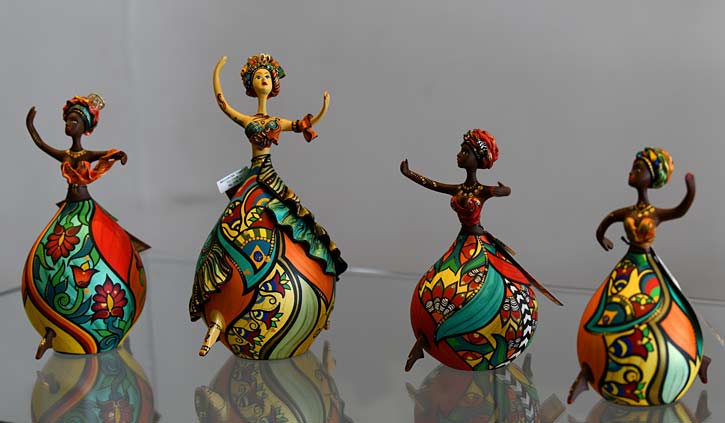 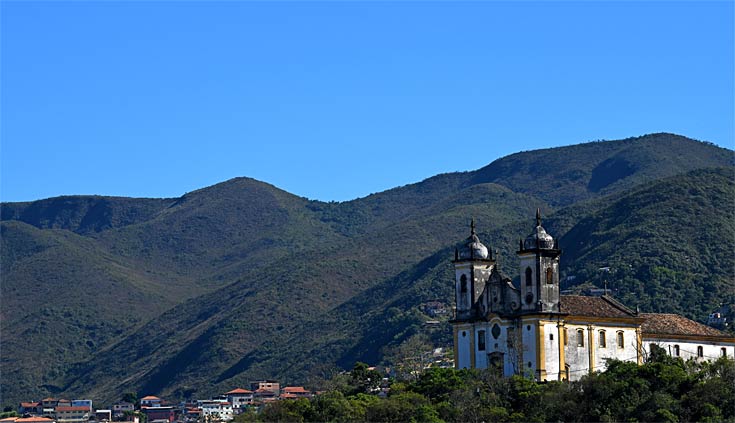 Getting There.  Ouro Preto is situated approximately 2 hours drive (104km) from Belo Horizonte (population 2.5 million), the city that took over from Ouro Preto as the head of the mining state of Minas Gerais. Ouro Preto is a 1 hour flight or 6 hour drive from Rio de Janiero.

Hotel Solar do Rosario and the Hotel Pousada do Arcanjo are two of Ouro Preto’s best properties – full of charm and great service.  They are not luxurious but very comfortable and beautiful properties.